From its inception, Adobe Experience Design CC (Beta) was intended to address the entirety of the designer’s ecosystem, as it flowed in iterative cycles through designing, prototyping, testing, and collaborating with stakeholders. Over the past eleven months, we’ve delivered consistent improvements on this ecosystem, from major features on our desktop applications to developing clients on mobile devices for live preview, all while liberally peppering in new functionality and bug fixes in direct response to your feedback.

This month, we’re bringing additional depth to our stakeholder experience with pinned comments in shared prototypes, a feature that allows stakeholders to link comments to a specific point on the artboard, while also introducing a whole host of new features in our Windows 10 app, bringing it closer to feature alignment with our popular Mac app.

We’re excited about this month’s release, and we hope you’ll love it, too!

Target Your Comments with Pinned Comments

In the past couple of releases, Adobe XD enabled designers and their stakeholders to comment on each artboard. In the February release of Adobe XD, prototypes with comments enabled will be able to host pinned comments, which associates a comment with a location on the artboard. Anyone can add a pinned comment once they’ve signed in, either as a guest or a Creative Cloud user.

To add a pinned comment, type your text into the comment panel and select “Pin to Artboard.” Then, place the dot anywhere on the artboard. Your comment will then be assigned a number, which reflects on both in the comments panel and on the artboard. Just like any other comment, it can be deleted, replied to, or edited.

We’ll be making improvements to this workflow in the upcoming months, so stay tuned for more!

As I mentioned at the top of the post, we’re also making strides in bringing our Windows 10 application to alignment with the Mac application. Here are the major features we’re including in the February release of Adobe XD:

You can now share your prototypes to the web from Windows 10 to be viewed in browsers on desktop and mobile! This highly popular feature includes the ability to configure the upload settings (commenting, icon, and prototype name), upload to the Creative Cloud, and get both a URL and an embed code to share. Duplicate remover for mac. By activating the commenting setting, Windows 10 users can leverage all of the work that we’ve done in our online ecosystem to enable basic comments, guest commenting, and pinned comments.

Dive into Designing with the Start Screen

You’ve have been asking for the Start Screen in Adobe XD for Windows 10, and we’re happy to deliver it this month! Like the Mac version, the Windows version gives you easy access to your most recently used files, an array of artboards to kick start your project, and links to both the UI kits and our in-app tutorial.

You can now create scrollable artboards in Windows 10 by either dragging down the bottom of an artboard or by selecting the artboard and changing the scrolling properties in the Property Inspector. When you view your project in the in-app Preview or via the mobile client (by opening the project from Creative Cloud), you’ll see the content scroll within the viewport.

Background Blur and Object Blur are now both available on Windows 10 as well. These two features are critical for rapidly creating blurred backgrounds and visual overlays. Background blur changes any object into a blur mask that blurs anything behind it, while object blur blurs the contents of the selected object.

In addition to PNG, you can now export assets and artboards as SVG, which allows developers to maintain fidelity by retaining the vector artwork. You can export with bitmap images either encoded within the SVG itself (“embed”) or referenced within the SVG (“linked”) and exported as a separate image. You can also choose to optimize your SVG, removing all extraneous spaces in order to make it as small as possible. 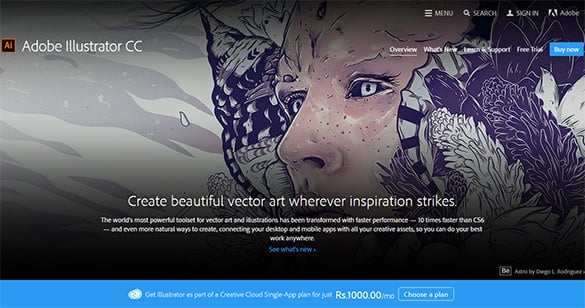 In addition to all of these features, we’ve focused on improving performance and stability on all of our platforms. We know we have to constantly work at keeping XD performant and zippy, and we put in a lot of effort to address concerns that come to us from our forums, through social media, and through Email.

In the upcoming months, we’ll be continuing to focus on bringing Adobe XD for Windows closer to alignment with the Mac version, while still investing in the ecosystem as a whole.

For all you Mac users out there, don’t worry, we haven’t forgotten about you! We’re working on some productivity features that are taking a little longer to bake. In the meantime, check out this blog post with some of our top productivity tips and tricks!

We have a lot planned, and we’re looking forward to our next monthly release.

Like I mentioned earlier, we love hearing from you, our customer! Stop by UserVoice to upvote your favorite features or leave your idea, visit our forums, or talk to us via Twitter or Facebook. And if you’re so inclined, share your prototype with the world and tag it with #MadeWithAdobeXD! Seeing your creations gives us an incredible amount of joy, fuels our passion for crafting a great product, and makes our work on the product so much more meaningful.

Also, follow us on Twitter and on Facebook to find out where the team is visiting for your opportunity to give in-person feedback. We’re visiting London and Berlin this week, and will be in other cities throughout the year. We hope to see you soon!