There is a popular opinion that Mac systems are inherently more secure than Windows. In fact, most Mac users don’t even bother to use an antivirus or anti-malware software. Objectively speaking, that opinion may or may not be true. Mainly because that depends on a variety of factors like the number of Mac users, how they use their system, how computer literate they are, etc. However, over the past few years, the threats to Mac users have been increasing, thanks to quickly spearing malware, ransomware, and adware.

Read: How I Removed Malware From my WordPress Site

When it comes to dealing with malware and other nasty stuff like rootkits, there is no other software that more popular than Malwarebytes. Other than it being able to remove malware from Mac effectively, the best thing about Malwarebytes is that it plays nice with your other antivirus software if you’ve already installed any. In fact, most users including me use Malwarebytes as a backup and perform weekly scans just to make sure that the system hasn’t been infected or has infected files. 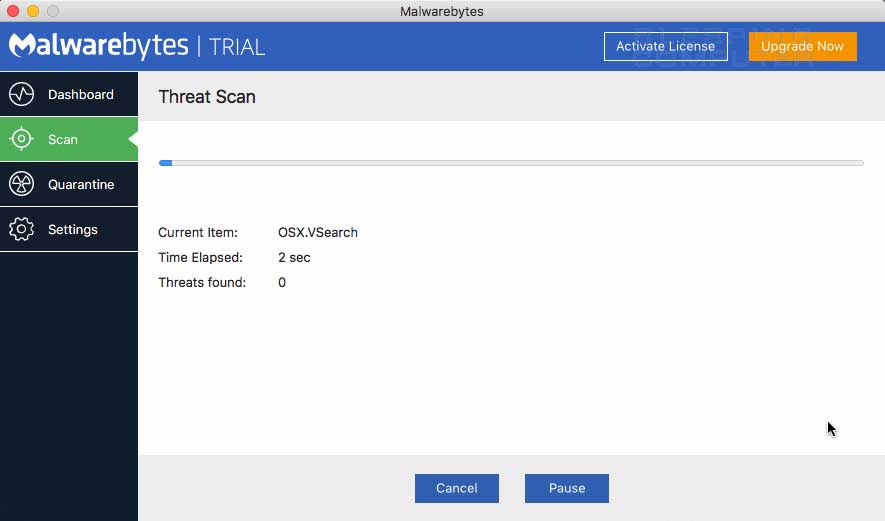 To scan your system all you have to do is install the application, launch it and hit the scan button. As soon as you hit the button, it can do a quick scan for malware, PUPs (potentially unwanted programs), rootkits, adware, spyware, virus, etc., both in your system memory and hard disk. If it finds any threats, it will automatically quarantine those threats.

If you know a file or folder to be safe, you can exclude them from scanning avoiding any possible false positives by adding them to the exclude list. Of course, Systweak Anti-Malware always runs in the background and protects your Mac system from malware and PUPs in real-time. Other features of the software include start-up scan, memory scan, and beginner friendly user interface.

So, if you unsatisfied or looking for a good alternative for Malwarebytes you should try Systweak Anti-Malware.

Bitdefender is another popular software to protect your mac from various threats like malware, virus, trojans, adware, spyware, unwanted software, and much more. The best thing about Bitdefender is that apart from protecting you from regular threats, it can actively scan in multiple layers and protect your system from ransomware. Other than that, Bitdefender can also keep an eye on cross-platform threats so that you don’t unintentionally spread malware, virus, or other infected files to your friends, colleagues or family.

Since Bitdefender always runs in the background, it can block any and all threats in real-time. Of course, Bitdefender also scans your system occasionally. If needed, you can create custom schedules with various configurations and scan settings. Bitdefender also has other features like backup protection, safe files, parental controls, secure shopping protection, etc.

Simply put, if you need a full-fledged software that can do much more than blocking and removing malware then give Bitdefender a try.

Using Avast you can regularly scan your system and create your own schedules to better protect your system. Along with anti-malware security, Avast can also protect your system from infected emails, unprotect WiFi network, and ransomware. Other features of the software include real-time protection, detailed security reports, browser protection, ability to shield you from dangerous downloads and PUPs, etc.

As good as the software is, while using Avast, you should be ready for a little bit of performance dip, at least, that is my experience while using Avast. Other than that, Avast is a pretty good and reputed software to protect Mac system from online and offline threats.

AVG is yet another popular software that can protect you from malware, viruses, trojans, adware, and other threats. The good thing about AVG is that you can scan your system for threats related to Mac, Windows, and Android so that you don’t spread viruses or malware to other systems. Also, thanks to the simple and minimal design, using AVG to scan or create scanning schedules is pretty easy and straightforward. Moreover, unlike Avast, AVG always runs in the background and provides real-time protection for free.

As good as it is, when you try to download AVG from the official site, you will be redirected to the CNET website. So, be careful while installing it on your system as CNET has a habit of bundling adware and other toolbars along with the software you are trying to install.

If you are looking for all-around protection with real-time threat analysis and blocking then you should go with AVG.

Another popular opinion amongst Mac users which is more than just an Anti-Malware. Sophos Home comes with a bunch of extra features including a live chat support.

Sophos offers features like Anti-virus and ransomware security along with anti-malware protection. The programme also lets you remotely manage your devices. Yes ‘Device(s)’, Sophos home can be used in up to 10 devices for the paid version and 3 devices for the free version. Doesn’t end here, Sophos Home also lets you put on parental controls so that none of your devices reach the unprotected side of Web.

Now Vista will install. It takes a while and it’s not particularly entertaining. Vista will restart itself at least once during the installation. If by some chance – and this shouldn’t happen – when Vista restarts itself, and you end up back in OS X instead of Vista, restart again and this time hold down the Option key as your Mac.

If you are looking for a dedicated anti-malware software that plays well with other antivirus and firewall software then go with Malwarebytes. As a premium option, you can also try Systweak Anti-Malware. If you are looking for a full-fledged anti-virus software that can extend the protection to viruses, adware, ransomware, and other threats then go with AVG as it provides real-time protection for free. You can also try Bitdefender.

That’s for now. If you think I missed any of your favorite anti-malware software then command below and share it with me. It will also help other Mac users.

Read: Top 10 Free Portable Anti-Malware Software to Have on Your Pen Drive

How much malware for Mac is there?

The amount of Mac-specific malware remains negligible compared to other platforms (namely Windows). However, Mac malware is steadily on the rise and it is not just about the numbers anymore. Today a well thought-out and targeted malware can cause damage on an unprotected Mac.

Does my Mac need an antivirus?

The truth is that no operating system is 100% secure. Even if it was, vulnerabilities in applications, such as Java/Java Virtual Machine, can be exploited by malware. A high-performing antivirus adds layers of security, decreasing the exposure to potential threats.

Is macOS malware a recent development?

The first examples of macOS malware go back to 2004 with the detection of OSX/Opener (Renepo). OSX/Leap.A followed in 2006, along with other forms of threats developed against macOS.

Is my Mac vulnerable to Windows malware?

Windows malware does not pose any danger to your Mac, even though a Mac can act as a carrier. This means that you can unwittingly pass along infected files from your Mac to other devices.

Does malware pose a threat for macOS?

Mac Malware on the rise

The history of Mac malware began in 2004 with Opener (Renepo), a shell script featuring both backdoor and spyware functionality. During the following years others arrived including the first true macOS worm called Leap and the first scareware, MacSweep.

2011 brought the Flashback Trojan, which formed the largest Mac botnet to date. The attackers used social engineering to entice users to download and install a fake Adobe Flash Player update.

Effective all-in-one internet security for your Mac, including personal firewall and parental control.