Microsoft never appears to be completely happy with their web browser. Despite having far more powerful alternatives, users paranoid about the dangers lurking around the internet would insist on using Internet Explorer.

When Edge was first launched, in a rather basic form, with limited extension support, we used to receive complaints from people who'd bought a security suite and wanted a refund as their new security wouldn't support Edge (overlooking this was an issue with Edge, not their security). This is the trust placed by end users in Microsoft and their development.

With the above in mind, and the need to be able to produce a solid, competitive and secure web browser, Microsoft has decided to stop trying to build their own from scratch and move to a Chromium framework, which is the engine that powers Google Chrome and other browsers.

Edge is the release version of this new browser. Unlike Chrome, Microsoft has deployed their own account system which will eventually synchronise your data including favourites, extensions, themes and browsing history. Right now, only your favourites are synchronised.

File Manager - File Explorer & Storage for iPhone, iPad. This app is an easy to use file manager for iOS devices for storing and viewing files. Use it like a USB drive for offline viewing. 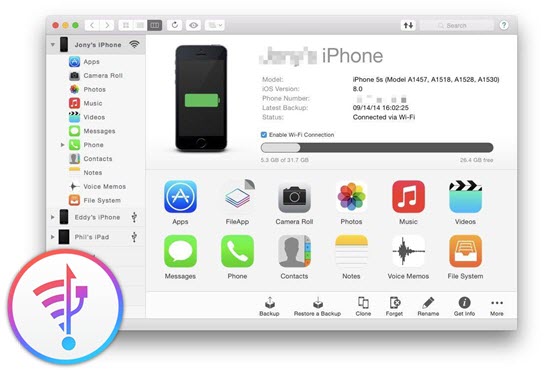 IExplorer is the ultimate iPhone manager. It transfers music, messages, photos, files and everything else from any iPhone, iPod, iPad or iTunes backup to any Mac or PC computer. It's lightweight, quick to install, free to try, and up to 70x faster and more resource efficient than the competition.