The fortunes of browsers rise and fall, but recent versions of Safari are looking good. With positive reviews in terms of speed and security, many have looked to the browser for an alternative to other tools they’re losing faith in. Is Safari as good as it seems, or is it still the poor cousin of other, flashier apps?

A fast, secure browser for all iOS devices

Good looks, security, and speed in a browser

Safari hasn’t traditionally made the top of the list when it comes to popular browsers. For many years, it was just what Mac users had to put up with, considered by many to be the price you paid for choosing Apple. Is that about to change?

The first thing you notice when you open Safari is that it’s a slick, attractive browser that looks fresh and modern. It takes its color scheme from your system settings, so if you have Dark Mode enabled, Safari looks cool. If you have Light Mode enabled, it will have a traditional light silver Mac appearance.

Your first steps with Safari will be familiar and easy. You can do everything you’d expect: set it as your default browser (or not), add your favorites, import your bookmarks, and check the settings to make sure everything is as you like it. You’ll also have the option to import the settings and bookmarks from your old browser and the process is easy.

Safari has a few interesting features. It’s particularly nicely integrated with Apple Pay and Apple Wallet, so if you use these apps you’ll find using Safari a smooth experience. It also has extensive security and privacy options, allowing you a tailored in-browser experience without having to turn to extensions or 3rd party apps.

Another favorite is the Reading List, which allows you to save articles to read later, even if you’re offline. The Reading List also offers you a setting that converts articles into an easy-to-read, ad-free version which is great if you’re an avid reader.

Even though Safari was originally intended for the Appleverse, it works fine on other sites, even ones like Google Docs. Testing shows the browser to be light and fast. In tests, it’s not the fastest but average users won’t notice. The start-up takes only seconds and load time for even content-heavy pages feels fast with no noticeable lag. Being an Apple product, Safari also has excellent support and documentation available should you ever run into problems.

This version of Safari is for Mac and iOS. You need Mac OS Sierra or higher. 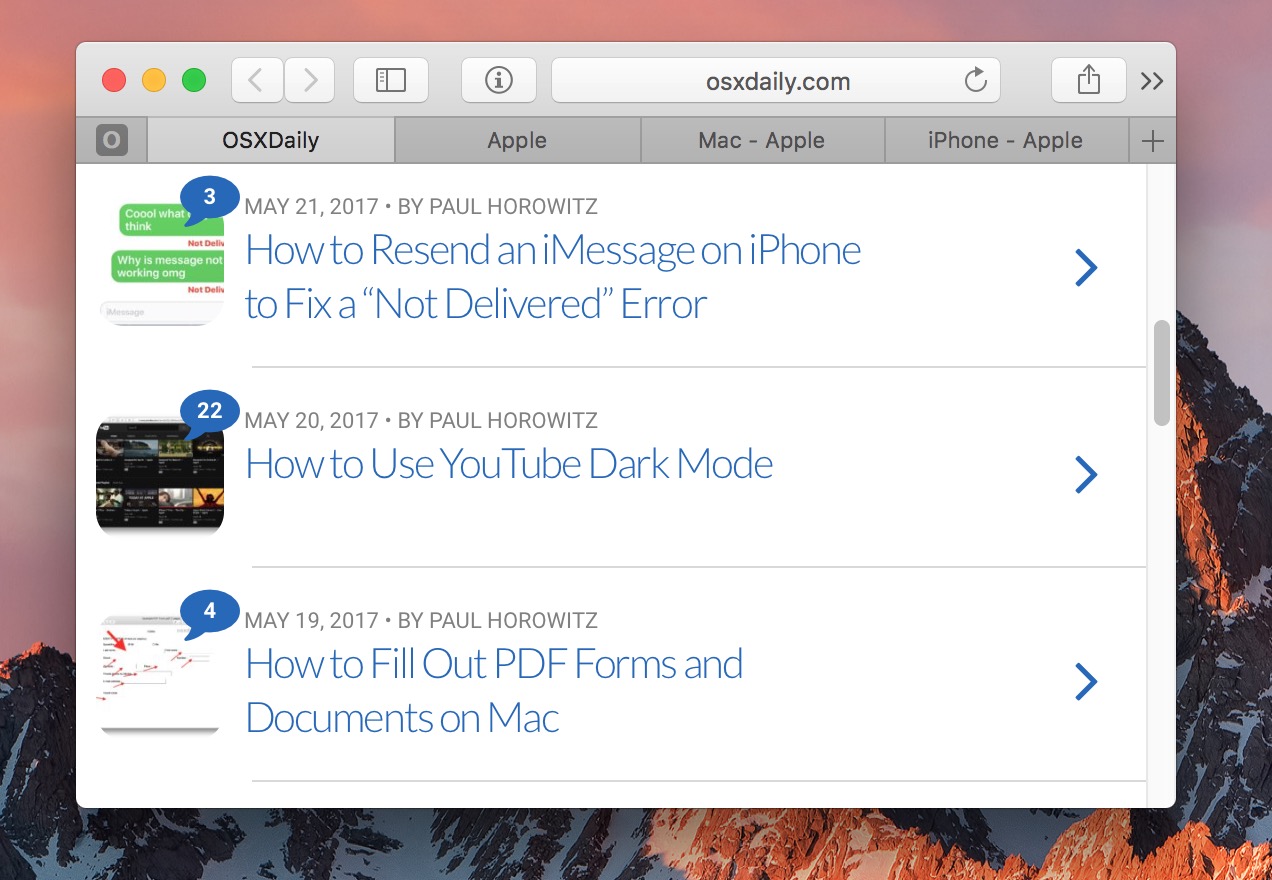 Whether or not there is a better alternative to Safari for Mac is hard to answer. There are certainly faster browsers that you can customize more, like Chrome and Firefox. Where Safari is strong, however, is that it is built for the Apple universe. If you operate almost entirely on Mac, it makes sense to use its purpose-built browser. Safari is also good on security and for this reason alone, many would rate it ahead of Chrome.

Safari is a solid browser that can match the competition on nearly all fronts. It’s attractive, reasonably fast, and does pretty much everything that you’d expect from a browser. It also offers a few advantages in terms of Apple-specific features and security, which is nothing to sneeze at. It’s not the fastest (that would be Firefox), or the most customizable (that’s Chrome), but it’s fast enough and, for many, that’s all that’s needed.

How Do I Update My Safari Browser

Yes, download Safari if you want a solid browser that’s purpose-built for Mac. If you need more speed or move between iOS, Android, and Windows, you may want to look at Chrome, Firefox, or new kid on the block, Brave.

These are all Mac operating systems, starting with the most recent. When a major new macOS is released, it gets a new name, such as macOS Catalina. As updates that change the macOS version number become available, this article is updated to show the latest version of that macOS.