Screenshots you take with the keyboard shortcuts will be saved straight to your Mac’s desktop with the filename “Screen Shot date at time.png”. However, you can change where your Mac saves these screenshots, if you like. For example, you could make your Mac save screenshots directly to a Dropbox, Google Drive, or Microsoft OneDrive.

There may be times when you need to take a screenshot on your Mac. You might have a software bug to report, an important pop-up, threaded web conversations, or even just a payment receipt you need for your records.

There are several ways to take a screenshot on a Mac computer running OS X or MacOS operating systems. You can

Keep in mind, you can also record your screen instead of taking a picture by using the QuickTime application.

How to take a screenshot on Mac with Grab Utility

The most common way to take a screenshot on a Mac is by using the built-in Grab application. This application can be found within your Utility folder located inside Finder and Launchpad. 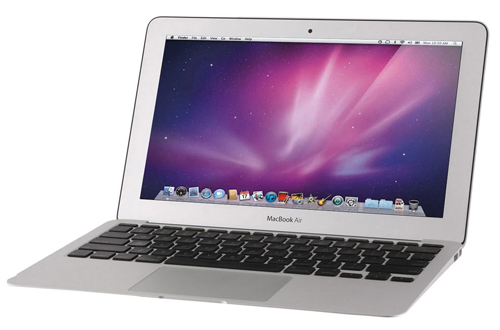 Using the grab application is easy. There is no “windowed” user interface for this application. It is completely controlled from the MacOS or OS X menu bar and/or keyboard shortcuts.

Using the grab application, you can choose four different types of screenshots.

Choose the option that works best for your needs. Once you have taken the screenshot, a pop-up will appear to show you a preview of your shot. When you close the preview, your Mac will prompt you to save your image. If you are happy with the results, label the image, select a save destination, and click on the Save button. Otherwise, click Don’t Save and try again.

Grab saves in .tiff format automatically. If you need to convert the image into a friendlier format, you will have to do so with another application.

How to take a screenshot on a Mac using keyboard shortcuts

If you do not want to deal with launching the Grab application or converting your images from .tiff to formats such as .png or .jpeg, then you are in luck. Mac has offered a way to take screenshots with keyboard shortcuts for decades now. This little-known feature is easy to use.

If you are using a PC keyboard, the following commands are as follows:

There are numerous applications available for taking screenshots. You can scour the web or look inside the Mac App Store for any screenshot application that might appeal to you.

Be aware that many screenshot applications do cost money. Check to see the cost before you download. If you do decide to download an application that costs money and you are not happy with it, you must remove it promptly in order to receive a refund.

Keep in mind, there are countless applications to try and using them will likely differ from the MacOS and OS X native process.

Lightshot, Apowersoft Screenshot, and Cloud App, are the top-rated applications in this category.

To record your screen instead of taking a photo, simply launch the Quickytime.app from Finder or Launchpad and press Control+Command+N on your keyboard.

If you are a diehard Apple fan and also own iOS devices, you can take screenshots with them by pressing the Home and Lock buttons at the same time. The image will be saved to your camera roll and you can access it through the Photos app.