In the modern IT environment, desktop virtualization can be extremely useful. The ability to run multiple, simultaneous operating systems as VMs from a single device means you can:

It’s not surprising that roughly 80 percent of x86 server workloads are now virtualized, and the average server runs 16 simultaneous VMs.

If you’re comparing VMware vs. VirtualBox, you’re looking for a tool that will help you create and provision virtual machines (VMs) on desktop devices running an x86-based platform.

Pretty straightforward, except it’s not. These two solutions, although both reliable, bear some distinct differences that make a lateral comparison complicated. It’s not quite an apples-to-oranges scenario, but it is like comparing apples from two different orchards.

VMware isn’t a single product as much an ecosystem of connected tools and applications. You can use VMware to set up a private cloud, to manage mobile devices in your corporate network, to protect endpoints, and of course, to virtualize stuff.

It would be an understatement to call VMware the market leader. In fact, they were the first to virtualize the x86 architecture and make the technology available as a commercial product. And Gartner’s 2016 Magic Quadrant for x86 Server Virtualization listed VMware as the undisputed “leader.” Of course, there’s a difference between server and desktop virtualization, but it’s not a bad accolade to have.

VirtualBox is Oracle’s answer to host-based virtualization — a purchase they made from Sun Systems in 2010 to (hopefully) compete in the same market with VMware’s Workstation. VirtualBox is a free and open-source solution that works with all x86 platforms including Windows, Mac, Linux, and Solaris. The latest version (5.1.6) was released September 12, 2016.

It’s important to note that not all manifestations of VirtualBox are free — only the core product. The extension pack that adds USB functionality, Remote Desktop Protocol (RDP), and Preboot Execution Environment (PXE) is available under a proprietary license, free for personal or educational use. If you plan to deploy for commercial use on more than one device, you’ll need to buy a license from Oracle.

VMware’s Workstation offers a wide array of features for desktop virtualization, with slight variations between the “Player” and “Pro” editions — namely, that you can’t run multiple VMs at the same time, create encrypted VMs, or share VMs as servers.

Workstation Pro is free during the trial evaluation period. After that, you’ll need to buy a license and enter the product key. Workstation Player (the basic edition) is permanently free for non-commercial use, although paid licensing and support are available.

Here’s a summary of some of Workstation’s most beloved features:

In addition to the basic feature set, Workstation has a few of interesting capabilities that you might not find mission-critical, but are nonetheless convenient. Networking and printing, for example, require no additional setup. You can connect to the same devices and servers in your network from either the host machine or the VMs running on top of it. Another example is Workstations ability to create “linked clones” that let you create the same VM over and over again without exhausting disk space.

Speaking of space and power, Workstation can support up to 16 vCPUs, 8TB virtual disks, and 64GB of memory in a single, virtual environment. Pc for mac users.

As previously mentioned, the core, open-source VirtualBox package is free under general public use (GPU) license, and its proprietary extension package is free indefinitely under a personal use and evaluation license (PUEL).

Despite hitting the market much later than Workstation, VirtualBox offers many of the same features, and couple of unique ones:

You may notice a couple of drawbacks here, compared with VMware’s feature set. For one thing, VirtualBox doesn’t offer the same level of support for 3D graphics, which could be an issue if you plan to be a heavy user (i.e. have more than one or two VMs running at the same time). Furthermore, while VirtualBox can exchange disk images with VMware, it doesn’t integrate with vSphere, ESXi, or vCloud Air, which may prevent you from enjoying a truly seamless hypervisor experience.

That said, VirtualBox’s cross-platform capabilities tip the scales back in its favor. Unlike VMware, which offers separate editions specific to one OS, the core version of VirtualBox can install and function on any x86 computer.

Both solutions offer a “snapshot” feature that has proven highly popular as a response to one of the inherent challenges of virtualization: mistakes. Let’s say you’re using a VM as a test environment for an unknown piece of software, and something goes horribly wrong, and you can’t seem to get the OS back to its correct configuration. Instead of installing a brand new VM and starting over, you can revert back to a previous image of the OS, or — as VMware calls it — a “rollback point.”

If you decide to compare other virtualization tools, this feature should probably be one of your top criteria. Having the ability to start over without starting completely over will save any IT professional a lot of time and effort.

Choosing the right solution for your needs, in this case, is highly subjective. A lot will depend on your preference — for the security and assurance of proprietary tools, or the flexibility and customization of open-source. If you prefer one over the other, you may already have your answer.

If not, here are a few final considerations:

Still can’t decide between VMware vs. VirtualBox? Give us a call, or use our Product Selection Tool to compare other business solutions and get a custom recommendation based on your needs for free.

Learn more about the benefits of IT Software with our market-leading research.

Get My Free Guide

The next major release of macOS at WWDC 2020 is macOS Big Sur on the virtual box on Windows pc. This important event was announced by Apple At the time of this announcement, it is available in developer beta. This software will be free.

The public beta developer will release in July. This operating system has a new character that incorporates an all-new iOS inspired design. In this software, remodeled safari having a tight privacy control. This new feature of Apple’s which is translation software is mainly used on-device processing.

Through this article, the stepwise pictorial guidelines are shown for the user. What is the process of installing the macOS Big Sur on virtual Box on windows PC is mainly described in the article. It is hoped that, after thoroughly going through the article, users may not face any difficulties during the installation. The user is also able to download the Virtual Box with its extension. They may be able to upgrade the virtual Box extension. The user also created a new type of virtual machine for the macOS Big Sur.

Mac OS Big Sur on users is a must. Users may have to give time to properly complete the download process.

Users may download the latest version of VirtualBox. If the user has already done it, they can skip this step. The user may double click on VirtualBox setup and press the next option for a minute, then the process is done.

This part is not 100 % mandatory. This upgrade may create some difficulties during the installation.

Users may press on the plus icon. They may select the VirtualBox extension which the user has downloaded at the beginning of the section. Users may upgrade. Then, press the Ok button.

Users may see something on their PC screen.

VirtualBox running to the Command Prompt

After customization, some codes are run to install macOS big sur on VirtualBox. 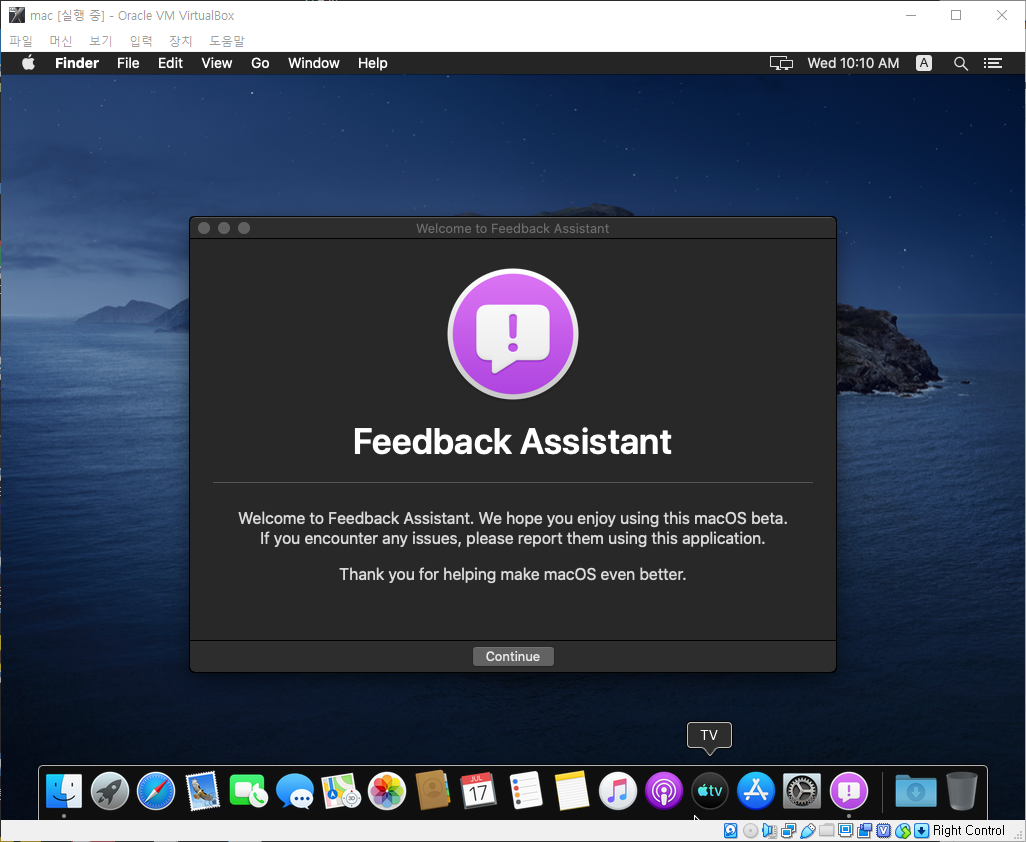 We hope that you are satisfied with the information we have delivered to you. If you are a Windows user then you should be way familiar with the system and it won’t take much time to understand the behavior of MacOS Big Sur on VMware/Virtual on Windows PC. This application has a good amount of feasibility while operating.